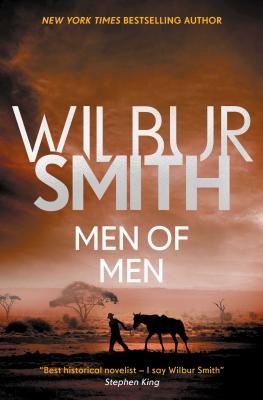 Men of Men (The Ballantyne Series #2)

The second book in the epic Ballantyne series

Zouga was left alone, as alone in spirit as he had ever been in any of his wanderings across the vast African continent. He had spent almost the last penny he owned on these few square feet of yellow earth at the bottom of this hot and dusty pit. He had no men to help him work it, no experience, no capital.' A tribal battle. An Empire's war. Zouga Ballantyne has in his blood a fanatic's need to find diamonds, one that will take him to Southern Africa's most punishing places. Losing his wife to one of the many sicknesses that haunt the diamond mine camp, Zouga and his sons must find another way through the country, helping to build the British Empire, and developing their own form of civilisation in the face of tribal opposition. But the Ballantyne family success comes at a price -the sacrifice of the local Matabele tribe, who have tried to live alongside the colonists, but are slowly losing everything. In the face of exploitation, violence and greed, who will triumph in the land of ruthless men?

Wilbur Smith passed away peacefully at home in 2021 with his wife, Niso, by his side, leaving behind him a rich treasure-trove of novels and stories that will delight readers for years to come. For all the latest information on Wilbur Smith's writing visit www.wilbursmithbooks.com or facebook.com/WilburSmith

Mark Chadbourn is a Sunday Times bestselling author of historical fiction novels about the Anglo-Saxon warrior Hereward, published under his pseudonym James Wilde. His Age of Misrule books, under his own name, have been translated into many languages. As a screenwriter, he's written for the BBC and is currently developing a series for Lionsgate and several of the streaming networks. He began his career as a journalist reporting from the world's hotspots.
Loading...
or support indie stores by buying on