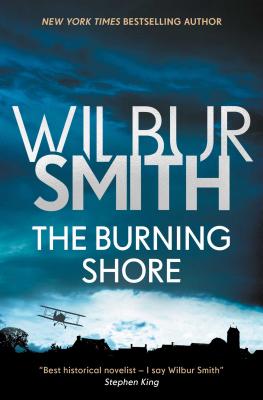 A Courtney series adventure - Book 1 in The Burning Shore sequence

"The deck bucked under her feet and she was hurtled backwards on to the bunk again, and the blast of a massive explosion ripped through the ship. 'What is happening?' she screamed. Love in a time of war. Hope in a time of danger. One of the greatest fighter pilots of the Great War, Michael Courtney is saved by the French noblewoman Centaine de Thiry when he crashes near her home. When Michael is killed, Centaine is determined to live out the future they had dreamed of and sets out alone to travel across the ocean to join his family in South Africa. But no journey is ever simple, and a pregnant Centaine finds herself shipwrecked in shark-infested waters off Africa's notorious Skeleton Coast, a deadly swim away from even deadlier land: the sun-bleached desert that will see her defenceless and alone. When hope arrives, she has no way of knowing if she will be saved -- or left in greater danger than ever before...