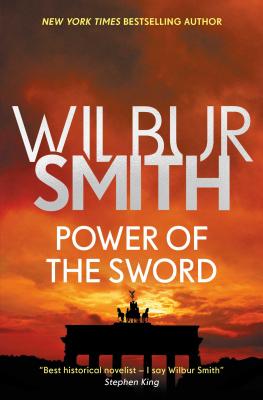 Power of the Sword (The Courtney Series

A Courtney series adventure - Book 2 in The Burning Shore sequence

A POWERFUL FAMILY. A DEVASTATING WAR.

Centaine de Thiry Courtney has more than just survived the many challenges of her life. She thrived and became a successful businesswoman with two sons: Shasa Courtney, the heir to the Courtney Mining and Finance Company, and Manfred de la Rey, Shasa's half-brother and secret child raised by his renegade father to be a hunter?of lions, and of men.

As Shasa and Manfred rise to power, however, the world becomes a much more dangerous place. The Great Depression takes hold and the winds of World War II reach Africa, forcing Centaine to make difficult decisions to ensure the security of her family.

Sweeping from the goldfields of South Africa to the backrooms of Afrikaaner power, from the thronged stadiums of the 1930s Olympics to the bloody war over Abyssinia, this masterwork of historical fiction is an unforgettable account of rivalry, revenge, and survival.

The Power of the Sword is the shocking second novel in The Burning Shore sequence of the Courtney family saga by Wilbur Smith, one of the bestselling and most beloved authors of the 20th century.