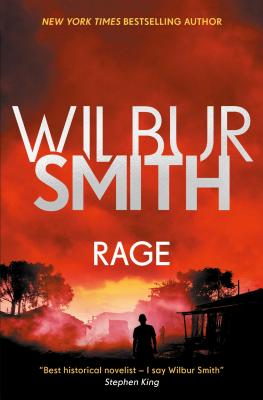 A Courtney series adventure - Book 3 in The Burning Shore sequence

THE FUTURE OF A COUNTRY. THE END OF A FAMILY.

The year is 1952. Ruthlessly guided by Shasa Courtney and Centaine Malcomess, the Courtney family empire is central to the lives of both white and black South Africans alike. While Shasa, heir to the Courtney fortunes, dreams of uniting his divided, beloved country, Apartheid threatens to destroy everything he holds close. Out of options, his half-brother Manfred persuades him to join South Africa's right-wing National Party, hoping to moderate their dangerous policies from within.

But as the fires of revolution burn more intensely on the horizon, Manfred desperately tries to keep the secrets he cannot afford to be revealed – secrets he is willing to kill to hide – while, Shasa, in his bloody quest for power, will be tested in ways he could never imagine. When the terrible struggle for the future of South Africa is finally over, the Courtney family will never be the same – and many will pay a terrible price . . .

Rage is the powerful third novel in Wilbur Smith’s The Burning Shore sequence, which became an instant global bestseller