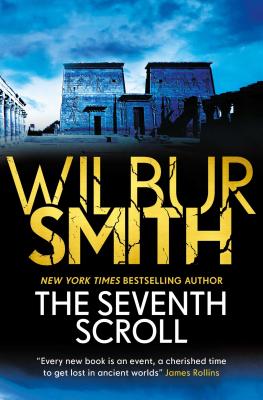 The Seventh Scroll (The Egyptian Series #2)

The second book in the epic Egyptian series

The second book in the epic Egyptian series. 'She glanced down at the drawer in which she kept all her floppy disks. That and all the other drawers had been pulled out and thrown on the floor. they were empty, of course; along with the disks, all her notebooks and photographs were missing. Her last connections with the seventh scroll were lost. after three years of work, gone was the proof it had ever existed' A hunt for treasure. A battle to stay alive. When Royan Al Simma is the victim of a vicious attack that leaves her husband dead, her only thought is that she must continue their joint work: to use the secrets of the seventh scroll to find the hidden tomb of Pharaoh Mamose, and its untold trove of lost Egyptian riches. To do so, she must bury her grief and partner with the eccentric aristocrat Nicholas Quenton-Harper, a man who shares her passion for the ancient world. But the men who killed her husband are not yet finished. As Royan and Nicholas draw closer to the Pharoah's tomb, enemies are gathering -- people who will stop at nothing to ensure the scroll's promised treasures are kept from Roman's hands....