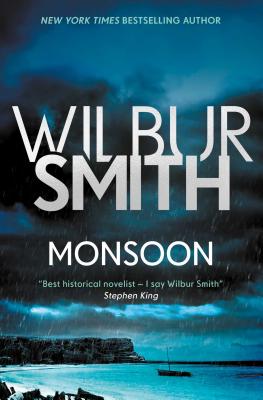 The Birds of Prey Trilogy #2)

A Courtney series adventure - Book Two in the Birds of Prey trilogy "The sun went down behind the storm clouds, and stained them with its blood, then the rain fell upon the ship in torrents. Solid sheets of water hammered the wooden decks so hard that the din drowned the men's voices and blotted out their vision." They leave as brothers. They must return as men. Famed sailor Hal Courtney is now a man of land and family. But when the King orders him to sail to Madagascar and stop the pirates responsible for looting the finest trading ships of the East India Trading Company and bringing ruin to them all, Hal must travel with his three younger sons on a journey that will shape the young men forever. In this swashbuckling adventure of marauders and slave-traders, love and treasure, the brothers will face duels, chases, betrayals and battles -- and see their fates cast in ways they could never have imagined...

Wilbur Smith is a global phenomenon: a distinguished author with a large and established readership built up over fifty-five years of writing with sales of over 120 million novels worldwide. Born in Central Africa in 1933, Wilbur became a full-time writer in 1964 following the success of When the Lion Feeds, and has since published over thirty novels, including the Courtney series, the Ballantyne series, the Egyptian series, the Hector Cross series and many successful standalone novels, all meticulously researched on his numerous expeditions worldwide. His books have now been translated into twenty-six languages. The establishment of the Wilbur & Niso Smith Foundation in 2015 cemented Wilbur's passion for empowering writers, promoting literacy and advancing adventure writing as a genre. The foundation's flagship programme is the Wilbur Smith Adventure Writing Prize. For all the latest information on Wilbur visit www.wilbursmithbooks.com or facebook.com/WilburSmith
Loading...
or support indie stores by buying on