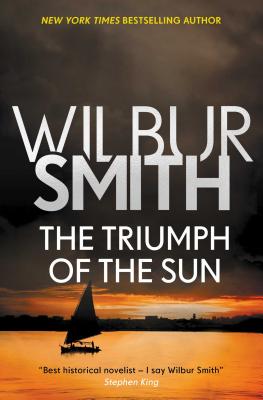 The Triumph of the Sun (The Courtneys & Ballantynes)

The Courtneys meet the Ballantynes in an epic adventure

Menace emanated from them as fiercely as the heat from the sun. Night and day, the drums never stopped, a constant reminder of the mortal threat that hung over them. She could hear them booming across the waters, like the heartbeat of the monster.' An unimaginable enemy will bring them together... In the burning heat of the Sudanese sun, the city of Khartoum is under siege from the fearsome forces of the Mahdi, the charismatic leader of those who tire of brutal Egyptian governing. In Khartoum, along with thousands of innocent citizens, are trapped the fanatical General Charles Gordon, intrepid soldier Penrod Ballantyne of the 10th Hussars, English trader Ryder Courtney, and the British consul and his three beautiful and fifty daughters. As rescue becomes increasingly unlikely, this group of Queen Victoria's loyal citizens must unite to prepare themselves against a nightmarish enemy, and for the savage battle to survive that must surely follow...

Wilbur Smith is a global phenomenon: a distinguished author with a large and established readership built up over fifty-five years of writing with sales of over 120 million novels worldwide. Born in Central Africa in 1933, Wilbur became a full-time writer in 1964 following the success of When the Lion Feeds, and has since published over thirty novels, including the Courtney series, the Ballantyne series, the Egyptian series, the Hector Cross series and many successful standalone novels, all meticulously researched on his numerous expeditions worldwide. His books have now been translated into twenty-six languages. The establishment of the Wilbur & Niso Smith Foundation in 2015 cemented Wilbur's passion for empowering writers, promoting literacy and advancing adventure writing as a genre. The foundation's flagship programme is the Wilbur Smith Adventure Writing Prize. For all the latest information on Wilbur visit www.wilbursmithbooks.com or facebook.com/WilburSmith
Loading...
or support indie stores by buying on
(This book is on backorder)