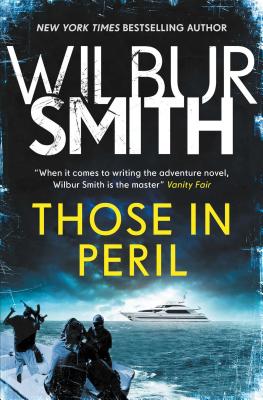 Those in Peril (Hector Cross #1)

The first Hector Cross thriller "He mounted his assault rifle to his shoulder and fired a three-shot burst into the thorn bush. The man who had been lying behind it leaped to his feet. He was turbaned and cloaked with his AK-47 slung over his shoulder and a small black box in his hand, from which dangled the thin red insulated cable. 'Bomb!' Hector screamed. 'Heads down!'" Some debts can only be paid in blood... When Hazel Bannock, billionaire oil tycoon, discovers her daughter has been kidnapped by Al Qaeda pirates just off the coast of Somalia, she uses all the power at her disposal to rescue her daughter but politics and diplomacy fail her at every turn. Her only hope is her ex-military head of security, Hector Cross, an expert in surveillance, infiltration and combat. For all Hazel's connections and wealth, Cross is the one man who is offering to find her daughter and bring her home. Hazel and Cross must work together to bring Cayla home, but neither of them realise that the kidnappers are not merely interested in ransom -- what they have planned is far, far worse...