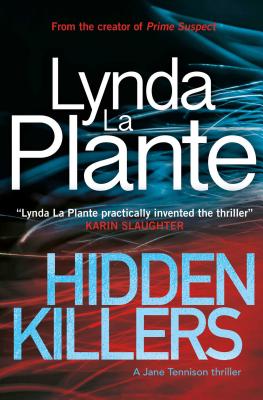 Before Prime Suspect there was Tennison - this is her story Jane Tennison has been been promoted to the role of Detective Constable in London's Bow Street CID but she is struggling with some of the decisions her colleagues are making. The more experienced detectives move swiftly from one criminal case to the next, with Jane left doubting both their methods and their finding. When Jane becomes inextricably involved in a multiple rape case she must decide whether to toe the line or endanger her position by seeking the truth. But will her decision put her life in peril?

Lynda La Plante was born in Liverpool. She trained for the stage at Royal Academy of Dramatic Arts and worked with the National Theatre and Radio Drama Company before becoming a television actress. She then turned to writing - and made her breakthrough with the phenomenally successful TV series Widows. Her novels have all been international bestsellers. Her original script for the much-acclaimed Prime Suspect won awards from BAFTA, Emmys, British Broadcasting and Royal Television Society as well as the 1993 Edgar Allan Poe Writer's Award. Lynda has written and produced over 170 hours of international television. Tennison was adapted for TV and was broadcast on PBS in 2017. Lynda is one of only three screenwriters to have been made honorary fellow of the British Film Institute and was awarded the BAFTA Dennis Potter Writer's Award in 2000. In 2008, she was awarded a CBE in the Queen's Birthday Honours List for services to Literature, Drama and Charity. She is a member of The Crime Thriller Awards Hall of Fame and is the only lay person to be made a fellow of The Forensic Science Society.
Loading...
or support indie stores by buying on