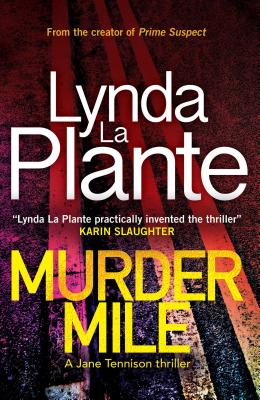 Prime Suspect meets Ashes to Ashes as we see Jane Tennison starting out on her police career .

The fourth in the bestselling Jane Tennison thrillers, MURDER MILE is set at the height of the 'Winter of Discontent'. Can Jane Tennison uncover a serial killer? February, 1979, 'The Winter of Discontent'. Economic chaos has led to widespread strikes across Britain. Jane Tennison, now a Detective Sergeant, has been posted to Peckham Criminal Investigation Department, one of London's toughest areas. As the rubbish on the streets begins to pile up, so does the murder count: two bodies in as many days. There are no suspects and the manner of death is different in each case. The only link between the two victims is the location of the bodies, found within a short distance of each other near Rye Lane in Peckham. Three days later another murder occurs in the same area. Press headlines scream that a serial killer is loose on 'Murder Mile' and that police incompetence is hampering the investigation. Jane is under immense pressure to catch the killer before they strike again. Working long hours with little sleep, what she uncovers leaves her doubting her own mind.

Lynda La Plante was born in Liverpool. She is the author of nearly forty novels, all of which have been bestsellers. She trained for the stage at RADA and worked with the National theatre and RDC before becoming a television actress. She then turned to writing - and made her breakthrough with the phenomenally successful TV series Widows.

Lynda La Plante is the first lay person to be awarded an honorary fellowship to the Forensic Science Society. In 2020 she launched the acclaimed Listening to the Dead podcast with former CSI Cass Sutherland, exploring forensic science and its impact on solving crimes
Loading...
or
Not Currently Available for Direct Purchase