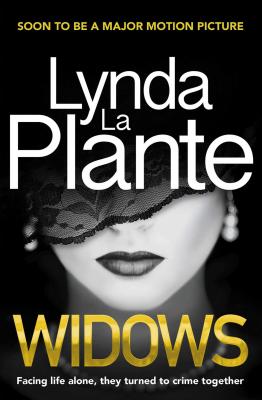 THE BASIS FOR STEVE MCQUEEN'S UPCOMING MAJOR MOTION PICTURE, WIDOWS IS A FAST-PACED HEIST THRILLER WITH AN ALL FEMALE CAST YOU WON'T FORGET.

Before PRIME SUSPECT there was WIDOWS . . . Facing life alone, they turned to crime together. Dolly Rawlins, Linda Pirelli and Shirley Miller are left devastated when their husbands are killed in a security van heist that goes disastrously wrong. When Dolly discovers her husband Harry's bank deposit box, containing a gun, money - and detailed plans for the hijack - she realises that she only has three options: 1. Give up and forget she ever found them; 2. Hand over Harry's ledgers to the police, or to the thugs that have been hassling her for information they think she has; 3. She and the other widows could carry out the robbery themselves Novices in the craft of crime, the three women make their preparations. Along the way they discover that Harry's plan required four people, not three. But only three bodies were discovered in the carnage of the original hijack - so who was the fourth man, and where is he now? Recruiting hooker Bella O'Reilly as their fourth, the widows are determined to execute their plan. Facing mounting pressure from DI Resnick, and local thugs Arnie and Tony Fisher, can they stick together and finish the job their husbands started . . .

“Classic… As conversations about equality and intimacy in Hollywood and the workplace finally become commonplace, the reissue seems particularly timely and relevant. It's good, dark fun: a feminist noir lovechild of Thelma and Louise and The Godfather.”
— Kirkus

“Here, La Plante displays the seminal roots of her police procedurals with a plot as intricately calibrated as a Swiss watch carried forward by a group of full-bodied characters.  This time the crime caper is a daring, elaborate heist story that explores friendships, betrayals, and revenge.”
— The Strand Magazine