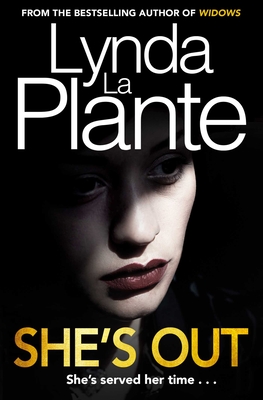 After serving a lengthy sentence for the murder of her husband, Dolly Rawlins is free from prison. And she’s only got one thing on her mind: the diamonds she stashed before the police caught her.

But there are people waiting for Dolly on the outside ­- tough ex-prisoners who know about the diamonds, and they all want a cut.

Also waiting for Dolly is DS Mike Withey. He holds her personally responsible for the death of his sister in the diamond raid ten years earlier. And he wants her back inside.

Dolly Rawlins has other plans. But can she realise the dream that kept her going all those years in prison and avoid those who are after her?

Lynda La Plante was born in Liverpool. She is the author of nearly forty novels, all of which have been bestsellers. She trained for the stage at RADA and worked with the National theatre and RDC before becoming a television actress. She then turned to writing - and made her breakthrough with the phenomenally successful TV series Widows.

Lynda La Plante is the first lay person to be awarded an honorary fellowship to the Forensic Science Society. In 2020 she launched the acclaimed Listening to the Dead podcast with former CSI Cass Sutherland, exploring forensic science and its impact on solving crimes
Loading...
or
Not Currently Available for Direct Purchase