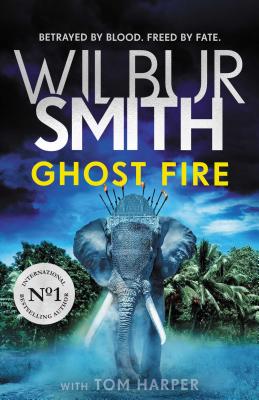 1754. Inseparable since birth and growing up in India, Theo and Connie Courtney are torn apart by the tragic death of their parents.

Theo, wracked with guilt, strikes a solitary path through life. Haunted by the spirits of lovers and family members, he is determined to atone for his mistakes. He seeks salvation in combat and conflict, joining the British in the war against the French and Indian army.

Believing herself abandoned by her brother, and abused and brutalised by a series of corrupt guardians, Connie vows never to let any man own her. Instead, she uses her beauty to manipulate her way to France, where she is welcomed into high society. But Connie once again finds herself at the mercy of vicious men, whose appetite for war and glory lead her to the frontlines of the French battlefield in North America.

As the siblings find their destinies converging once more, they realise that the vengeance and redemption they both desperately seek could cost them their lives . . .

An epic story of tragedy, loss, betrayal and courage that brings the reader deep into the seething heart of the French Indian War.

Wilbur Smith (Author)
Wilbur Smith was born in Central Africa in 1933. He became a full-time writer in 1964 following the success of When the Lion Feeds, and has since published over forty global bestsellers, including the Courtney Series, the Ballantyne Series, the Egyptian Series, the Hector Cross Series and many successful standalone novels, all meticulously researched on his numerous expeditions worldwide. A worldwide phenomenon, his readership built up over fifty-five years of writing, establishing him as one of the most successful and impressive brand authors in the world.

The establishment of the Wilbur & Niso Smith Foundation in 2015 cemented Wilbur's passion for empowering writers, promoting literacy and advancing adventure writing as a genre. The foundation's flagship programme is the Wilbur Smith Adventure Writing Prize.

Wilbur Smith died peacefully at home in 2021 with his wife, Niso, by his side, leaving behind him a rich treasure-trove of novels and stories that will delight readers for years to come. For all the latest information on Wilbur Smith's writing visit www.wilbursmithbooks.com or facebook.com/WilburSmith

Tom Harper (Author)
Tom Harper is the author of thirteen thrillers and historical adventures including The Orpheus Descent, Black River and Lost Temple. Research for his novels has taken him all over the world, from the high Arctic to the heart of the Amazon jungle. He lives with his family in York. For more information about Tom's books, visit www.tom-harper.co.uk.
Loading...
or
Not Currently Available for Direct Purchase