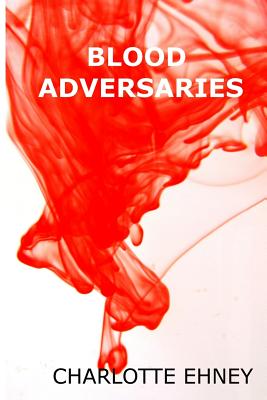 Small southern cities are known for being close-knit communities where everyone's family histories are known and information spreads faster than the speed of light. Being a newcomer can be challenging. When you're also a blood drinker, it can be downright impossible to keep your secrets. Victoria Hampton made a name for herself instantly in Henley, South Carolina when she bought a dilapidated plantation house and restored it. She seems like the perfect resident: young, attractive, wealthy and civic minded. However Victoria is also an Enforcer, an ancient creature who feeds on the blood of wicked humans beyond redemption in order to maintain the balance between good and evil. It does not take Victoria long to make her first kill. Trouble is, soon someone else starts committing copycat murders that are too accurate for Victoria's comfort. Jonathan Kirkguard never imagined himself as an adventurer. The doctoral candidate only wanted to be a respected scholar but his knowledge of history and ancient languages made him a valuable asset for a group of corrupt Enforcers known as Fallen Ones. Jonathan discovers a mystical book called the Munimentum Codex which would give the Fallen Ones invincible power. Then Jonathan realizes that he has more to fear than just Fallen Ones. There are also other supernatural beings who want the Munimentum Codex. He escapes to Henley, South Carolina to find the Enforcer who can keep the Codex safe. The Munimentum Codex brings Victoria and Jonathan together. Now can they stop the evil that is coming?

Charlotte Ehney is a native of South Carolina. In addition to Blood Adversaries, she is the author of Family Vows.
Loading...
or support indie stores by buying on