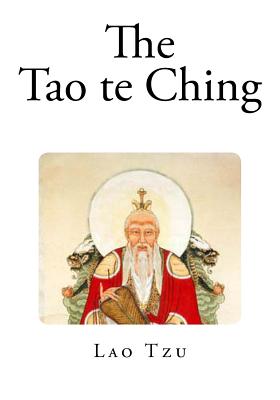 The Tao te Ching of Lao Tzu - The Tao Te Ching, Daodejing, or Dao De Jing, also simply referred to as the Laozi; pinyin: is a Chinese classic text. According to tradition, it was written around 6th century BC by the sage Laozi (or Lao Tzu: pinyin: Laozi, literally meaning "Old Master," a record-keeper at the Zhou dynasty court, by whose name the text is known in China. The text's true authorship and date of composition or compilation are still debated, although the oldest excavated text dates back to the late 4th century BC. The text, along with the Zhuangzi, is a fundamental text for both philosophical and religious Taoism, and strongly influenced other schools, such as Legalism, Confucianism and Chinese Buddhism, which when first introduced into China was largely interpreted through the use of Daoist words and concepts. Many Chinese artists, including poets, painters, calligraphers, and even gardeners have used the Daodejing as a source of inspiration. Its influence has also spread widely outside East Asia, and is amongst the most translated works in world literature. The Wade-Giles romanization "Tao Te Ching" dates back to early English transliterations in the late 19th century; its influence can be seen in words and phrases that have become well-established in English. "Daodejing" is the pinyin romanization.

Laozi (also Lao-Tzu or Lao-tze) was a philosopher and poet of ancient China. He is best known as the reputed author of the Tao Te Ching and the founder of philosophical Taoism, but he is also revered as a deity in religious Taoism and traditional Chinese religions. Although a legendary figure, he is usually dated to around the 6th century BC and reckoned a contemporary of Confucius, but some historians contend that he actually lived during the Warring States period of the 5th or 4th century BC. A central figure in Chinese culture, Laozi is claimed by both the emperors of the Tang dynasty and modern people of the Li surname as a founder of their lineage. Throughout history, Laozi's work has been embraced by various anti-authoritarian movements.
or
Not Currently Available for Direct Purchase