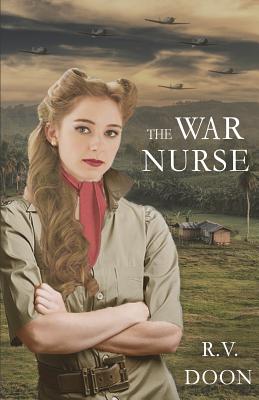 The War Nurse is a historical family saga and epic military romance set during WWII. This historical thriller begins on the eve of WWII in the Philippines. Katarina Stahl an American Red Cross nurse, is the happiest she's ever been in her life. She's making love and playing music with Jack Gallagher in an idyllic paradise. Their medical mission is over, the boat tickets to home are purchased, and all that remains is to fly a sick child to the hospital at Clark Air Field. She never expected to witness bombs falling out of planes. In those terrifying first minutes, she frees a German doctor accused of spying and saves his life. She turns to nursing the injured, unaware she's unleashed an obsession more dangerous to her and those she loves, than the war she's trapped in. Doctor von Wettin, the man she freed, finds Katarina pregnant and starving in a POW camp after the surrender. He begs her to nurse his bed-ridden wife. She knows other Americans will despise her, but wants her baby to live after surviving Bataan. Their uneasy alliance is destroyed when she discovers he exploited Red Cross diplomatic channels and contacts at the German embassy to wire money to her parents. His benevolent mask slips when he informs her that her brothers and parents are interned on Ellis Island. When the Stahl family is swept up in the FBI's dragnet, Josep Stahl believes it's all a misunderstanding. He's interrogated like a criminal at the city jail, a military camp, Ellis Island, and then the civilian internment camps in Texas. His anger and pride blind him. One by one in this painful family drama, his wife and sons join him behind barbed wire in. There they face ostracism, segregation, and, most frightening, repatriation. Katarina begins an even more terrifying journey into depraved darkness as Manila descends into occupation and chaos. The doctor threatens everyone she loves: infant son, POW husband, and Filipino friends. She'll do anything to protect them; she lies, steals, and smuggles. As the war turns against the Japanese, they withhold the doctor's wife's life-saving medications until he finds a hidden radio inside the civilian internment camp. If Katarina refuses to help him, her son pays the price. Survival has corrupted Katarina; but she's not about to become his camp rat. After years of hell, she's earned her nickname, war nurse. Doctor von Wettin is about to find out what that means. Historical Fictional Categories: >Historical WWII family saga >Military historical romance >Historical thriller >Military historical fiction.

R.V. Doon is a retired nurse living in Mobile, Alabama, a haunted and historical city. She loves her two dogs, sailing on Rio, her catamaran, and reading to her heart's contentment in mysteries, thrillers, and historical family sagas. She's fascinated by how quickly mistakes and secrets come back to haunt, especially during desperate times.
Loading...
or support indie stores by buying on