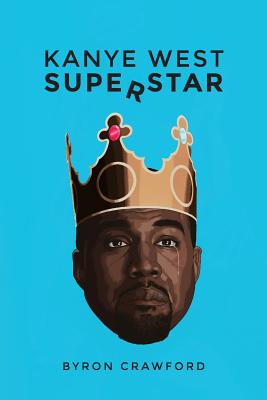 A dark, twisted journey inside the mind of one of America's most outspoken celebrities

Kanye West is the self-proclaimed Steve Jobs of the Internet, downtown, fashion and culture. He doesn't just produce critically acclaimed rap albums, he has ideas for water bottle design and architecture. He tried to design a leather jogging pant, but European fashion designers won't allow him to be great, because he doesn't have the necessary connections. Kanye West Superstar is the story of how Kanye West became such an important person to himself and also to America.

Ghostwriting allegations: Kanye West once won a Grammy for "Jesus Walks," a song written by Rhymefest. The author tried to have him disqualified on the grounds that rappers who use ghostwriters shouldn't be allowed to win a Grammy.

Fatherlessness and black masculinity: Rap music, once easily the straightest genre of music, is becoming increasingly gay. Why is that? Could fatherlessness in the black community be related?

Kanye's obsession with pr0nography: Kanye West travels with a suitcase filled with interracial pr0n that he once left on the set of a photo shoot. His mom caught him with pr0n on multiple occasions as a child, and now he's married to Kim Kardashian. His life is essentially a series of pr0n-related events.

Interracial relationships: Kanye West was once engaged to marry a black woman. He's since been involved in high profile relationships with two white women. He's also come under fire for controversial statements about race-mixing and the girls he casts in his videos.

Rap video vixens: Speaking of Kanye's videos, he's known for casting some of the most powerfully built women in the history of music videos -- which is quite a history. Where does he find these women, and what does he do with them?

Kanye's long-simmering beef with Jay-Z: Did Kanye purposely try to sabotage one of Jay-Z's albums? What does Beyonc really think of Kim Kardashian?

The Taylor Swift incident: Will the white community ever forgive Kanye for snatching the microphone from Taylor Swift's hand, as she was accepting an award, to declare that Beyonc had one of the best videos of all time, of ALL TIME?

Kim Kardashian's film career: Kim Kardashian, before she was Kanye West's baby's mother, once acted in a film. Ray J wrote a song about it. This is discussed here in more detail than you require.

Culture vultures: Kanye West has generated hundreds of millions of dollars for the entertainment industry. Why won't they let him design a leather jogging pant?

Byron Crawford is the founder and editor of the legendary hip-hop blog ByronCrawford.com: The Mindset of a Champion and a former columnist for XXL magazine. He lives in a shanty town.
Loading...
or support indie stores by buying on