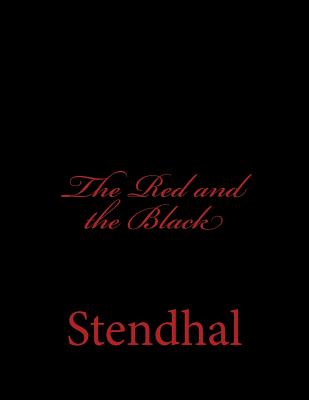 The Red and the Black

The little town of Verrieres can pass for one of the prettiest in Franche-Comte. Its white houses with their pointed red-tiled roofs stretch along the slope of a hill, whose slightest undulations are marked by groups of vigorous chestnuts. The Doubs flows to within some hundred feet above its fortifications, which were built long ago by the Spaniards, and are now in ruins. Verrieres is sheltered on the north by a high mountain which is one of the branches of the Jura. The jagged peaks of the Verra are covered with snow from the beginning of the October frosts. A torrent which rushes down from the mountains traverses Verrieres before throwing itself into the Doubs, and supplies the motive power for a great number of saw mills. The industry is very simple, and secures a certain prosperity to the majority of the inhabitants who are more peasant than bourgeois. It is not, however, the wood saws which have enriched this little town. It is the manufacture of painted tiles, called Mulhouse tiles, that is responsible for that general affluence which has caused the facades of nearly all the houses in Verrieres to be rebuilt since the fall of Napoleon. One has scarcely entered the town, before one is stunned by the din of a strident machine of terrifying aspect. Twenty heavy hammers which fall with a noise that makes the paved floor tremble, are lifted up by a wheel set in motion by the torrent. Each of these hammers manufactures every day I don't know how many thousands of nails. The little pieces of iron which are rapidly transformed into nails by these enormous hammers, are put in position by fresh pretty young girls. This labour so rough at first sight is one of the industries which most surprises the traveller who penetrates for the first time the mountains which separate France and Helvetia. If when he enters Verrieres, the traveller asks who owns this fine nail factory which deafens everybody who goes up the Grande-Rue, he is answered in a drawling tone "Eh it belongs to M. the Mayor.