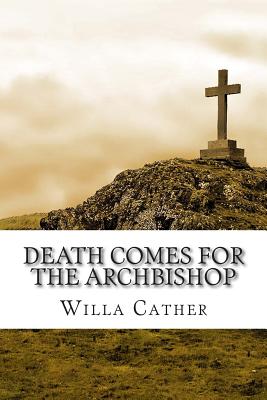 Death Comes for the Archbishop

Death Comes for the Archbishop is a 1927 novel by Willa Cather. It concerns the attempts of a Catholic bishop and a priest to establish a diocese in New Mexico territory. The novel portrays two well-meaning and devout French priests who will encounter a well-entrenched Spanish-Mexican clergy after the United States acquired New Mexico in the Mexican-American War. As a result of the U.S. victory, the dioceses of the new state were remapped by the Vatican to reflect the new national borders. Several of these entrenched priests are depicted as examples of greed, avarice, and gluttony, while others live simple, abstemious lives among the Native Americans. Cather portrays the Hopi and Navajo sympathetically, and her characters express the near futility of overlaying their religion on a millennia-old native culture. The novel was included on Time's 100 Best English-language Novels from 1923 to 2005, and Modern Library's list of the 100 best English-language novels of the 20th century and was chosen by the Western Writers of America to be the 7th-best "Western Novel" of the 20th century. Mogul Classics is proud to offer you the best edition of this literary classic featuring one of the greatest classics of the 20th century.