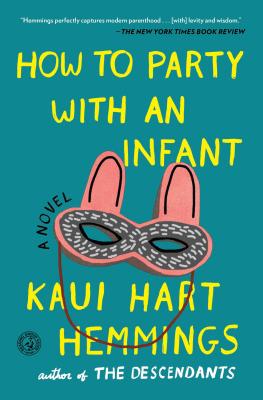 How to Party With an Infant

“Mommyhood gets hilariously tricky in this novel from the author of The Descendents” (Cosmopolitan). How to Party With an Infant follows a quirky single mom who finds friendship and love in this “smart, funny send-up of modern motherhood, San Francisco-style” (San Francisco Chronicle).

Fast forward two years, Mele’s daughter Ellie is a toddler, and Bobby and his fiancée want Ellie to be the flower girl at their wedding. Mele, who also has agreed to attend the nuptials, knows she can’t continue obsessing about Bobby and his cheese making, Napa-residing, fiancée. She needs something to do. So she answers a questionnaire provided by the San Francisco Mommy Club in elaborate and shocking detail and decides to enter their cookbook writing contest. Even though she joined the group out of desperation, Mele has found her people: Annie, Barrett, Georgia, and Henry (a stay-at-home dad). As the wedding date approaches, Mele uses her friends’ stories to inspire recipes and find comfort, both.

The “delicious” (The Seattle Times) How to Party with an Infant is a hilarious and poignant novel from Kaui Hart Hemmings, who has an uncanny ability to make disastrous romances and tragic circumstances not only relatable and funny, but unforgettable. “[Hemmings] perfectly captures modern parenthood among the privileged and, with moments of concise poignancy, the silent shames of motherhood...The pleasure of Hemmings’s levity and wisdom more than sustain the reader. We cheer for her warm, self-deprecating characters and hope they continue to laugh together instead of crying alone” (The New York Times Book Review).