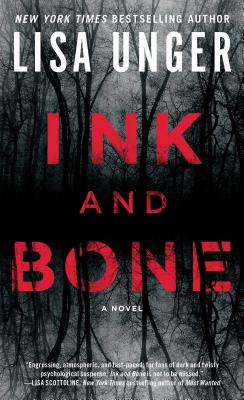 In this explosive psychological thriller by New York Times bestselling author Lisa Unger, a young woman’s mysterious gift lands her in the middle of a dangerous investigation of a little girl’s disappearance.

For as long as she can remember, twenty-year-old Finley Montgomery has been able to see into the future: dream about things before they happen, see beyond the physical world, and unconsciously make supernatural things happen. But Finley can’t control these powers, and moves to The Hollows to live with her grandmother, a renowned seer who can help Finely understand and master her gifts. But once in The Hollows, Finley’s gift proves to be both a blessing and a curse.

Like Finley, Merri and Wolf Montgomery are in the worst possible hell. Their daughter Abbey has been missing for ten months. Leads exhausted, the police have all but given up hope; but Merri is unable to shake the feeling that time is running out, and makes a desperate, last ditch effort to locate her daughter.

Finley and Merri are on winding, treacherous paths towards the same point. When they finally come together in The Hollows, nothing is as it seems. But one thing is clear: The Hollows always gets what it wants.

Lisa Unger is an award-winning New York Times and internationally bestselling author. Her novels have sold more than two million copies and have been translated into twenty-six languages. She lives in Florida. Visit LisaUnger.com.

Praise For Ink and Bone: A Novel…

"Engrossing, atmospheric, and fast-paced, for fans of dark and twisty psychological suspense, Lisa Unger's INK AND BONE is not to be missed." —Lisa Scottoline, New York Times bestselling author of Most Wanted

"Instant page-turner! A race-against-the-clock thriller that brings together grieving families, small town secrets, and a troubled teen whose ghosts aren't just in her past." —Lisa Gardner, New York Times bestselling author of Find Her

“Engrossing. . . the tension is palpable. Unger straddles the fine line between thriller and horror, making this a very exciting and riveting read, sure to appeal to a wide range of readers, including Kay Hooper or Stephen King fans.”