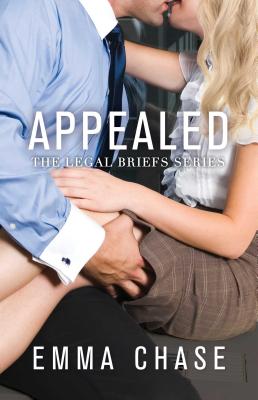 The New York Times bestselling author of the Tangled books returns with the third standalone romance in the Legal Briefs series, a collection of sexy novels about first crushes, second chances, and the final verdict of the heart.

When Brent Mason looks at Kennedy Randolph, he doesn’t see the awkward, sweet girl who grew up next door. He sees a self-assured, stunning woman…who wants to crush the most intimate—and prized—parts of his anatomy beneath the heels of her Louboutins.

When Kennedy looks at Brent, all she sees is the selfish, Abercrombie & Fitch catalogue–worthy teenager who humiliated her in high school in order to join the popular crowd. A crowd that made those years a living hell for her.

But she’s not a lovesick social outcast anymore—she’s a Washington, DC, prosecutor with a long winning streak. Brent is the opposing attorney in her next case, and Kennedy thinks it’s time to put him through a little hell of his own.

But things aren’t exactly working out the way she planned. Brent has his sights set on Kennedy, and every fiery exchange only makes him want her more—and makes her wonder if he’s as passionate in the bedroom as he is in the courtroom. In the end, they may just find themselves in love…or in contempt of court.

By day, Emma Chase is a devoted wife and mother who lives in a small, rural town in New Jersey. By night, she toils away bringing her colorful characters and their endless antics to life. Writing has always been her passion, and the release of her debut romantic comedy Tangled was nothing less than a dream come true. The subsequent books in her delightful, beloved series include Twisted, Tamed, and Tied. She is also the author of Sustained from her sexy new Legal Briefs series.
Loading...
or
Not Currently Available for Direct Purchase