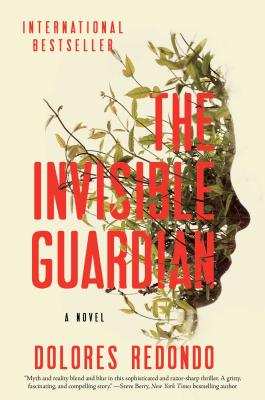 Already a #1 international bestseller, this tautly written and gripping psychological thriller forces a police inspector to reluctantly return to her hometown in Basque Country—a place engulfed in mythology and superstition—to solve a series of eerie murders.

When the naked body of a teenage girl is found on a riverbank in Basque Country, Spain, homicide inspector Amaia Salazar must return to the hometown she always sought to escape. A dark secret from Amaia’s past plagues her with nightmares, and as her investigation deepens, the old pagan beliefs of the community threaten to derail her astute detective work. The lines between mythology and reality begin to blur, and Amaia must discover whether the crimes are the work of a ritualistic killer or of a mythical creature known as the Basajaun, the Invisible Guardian.

Torn between the rational procedures of her job and the local superstitions of a region shaped by the Spanish Inquisition, Amaia fights against the demons of her past in order to track down a killer on the run.

Praise For The Invisible Guardian: A Novel…

"One of the biggest literary surprises of recent times."
— Mia

Dolores Redondo was born in Donostia-San Sebastián in 1969. She studied law and gastronomy, but began writing short stories and in 2009 she published her first novel, The Privileges of the Angel. The Invisible Guardian was published in Spain in 2013 and is being translated into thirty languages. She currently lives and writes in the Ribera Navarra.
Loading...
or
Not Currently Available for Direct Purchase