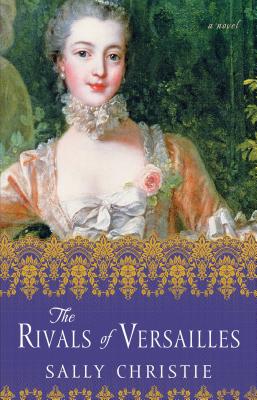 The Rivals of Versailles

And you thought sisters were a thing to fear. In this captivating follow-up to Sally Christie’s clever and absorbing debut, we meet none other than the Marquise de Pompadour, one of the greatest beauties of her generation and the first bourgeois mistress ever to grace the hallowed halls of Versailles.

The year is 1745 and King Louis XV’s bed is once again empty. Enter Jeanne-Antoinette Poisson, a beautiful girl from the middle classes. As a child, a fortune teller had told young Jeanne’s destiny: she would become the lover of a king and the most powerful woman in the land. Eventually connections, luck, and a little scheming pave her way to Versailles and into the King’s arms.

All too soon, conniving politicians and hopeful beauties seek to replace the bourgeois interloper with a more suitable mistress. As Jeanne, now the Marquise de Pompadour, takes on her many rivals—including a lustful lady-in-waiting, a precocious fourteen-year-old prostitute, and even a cousin of the notorious Nesle sisters—she helps the king give himself over to a life of luxury and depravity. Around them, war rages, discontent grows, and France inches ever closer to the Revolution.

Told in Christie's celebrated witty and modern style, The Rivals of Versailles will delight and entrance fans as it brings to life the court of Louis XV in all its pride, pestilence, and glory.