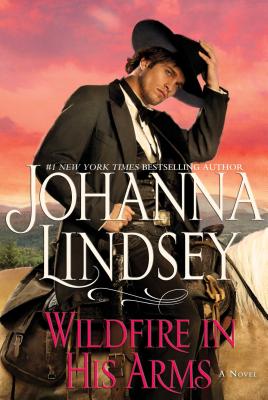 #1 New York Times bestselling author Johanna Lindsey’s passionate tale features the mysterious Degan Grant from One Heart to Win, a dangerous gunfighter running from his past, who finds his future with a beautiful outlaw at the gallows. Look out for Johanna’s newest novel, Make Me Love You, available July 2016 from Gallery Books!

With his work in Montana completed now that the Callahan-Warren feud has ended in marriage rather than bloodshed, Degan Grant sets out for California because it is far away from the home he wants to forget—until the US Marshal who saved his life calls in a favor. All Degan has to do is apprehend three outlaws on the marshal’s list and turn them over to the law. Easy enough, he figures, for a man no one wants to tangle with.

But then a bold young woman crosses his path. Maxine grew up so pretty and attracted so much unwanted attention in her Texas hometown that events spiraled out of control. She will try anything to escape the handsome, enigmatic gunfighter who intends to turn her over to a corrupt sheriff who will hang her instead of putting her on trial.

Saddled with a sassy, spirited young woman who insists she is innocent, Degan must hunt down a vicious killer and keep an old enemy at bay. But forced into intimate proximity with his beguiling prisoner, he finds his desire sparking into a wildfire of passion, and he can no longer deny that it is time for them to risk confronting their pasts so he can have a chance at a future with her in his arms forever.

"If readers need to remember why they are Lindsey fans, she delivers every reason in this spinoff of One Heart to Win. She incorporates her signature captive/captor plotline with sassy dialogue, plenty of verbal sparring, lots of heat and a bit of humor, all in perfect proportions."

Johanna Lindsey is world-renowned for her “mastery of historical romance” (Entertainment Weekly), with more than sixty million copies of her novels sold. She is the author of fifty-five previous national bestselling novels, many of which reached the #1 spot on the New York Times bestseller list. Lindsey lives in New Hampshire with her family.
Loading...
or
Not Currently Available for Direct Purchase