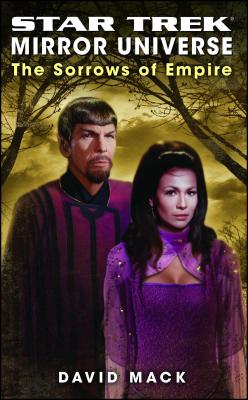 One man can shape the future...but at what cost?
"In every revolution, there is one man with a vision."

Captain James T. Kirk of the United Federation of Planets spoke those prophetic words to Commander Spock of the Terran Empire, hoping to inspire change. He could not have imagined the impact his counsel would have.

Armed with a secret weapon of terrifying power and a vision of the alternate universe's noble Federation, Spock seizes control of the Terran Empire and commits it to the greatest gamble in its history: democratic reform.

Rivals within the empire try to stop him; enemies outside unite to destroy it.

Only a few people suspect the shocking truth: Spock is knowingly arranging his empire's downfall. But why? Have the burdens of imperial rule driven him mad? Or is this the coldly logical scheme of a man who realizes that freedom must always be paid for in blood?

Spock alone knows that the fall of the empire will be the catalyst for a political chain reaction -- one that will alter the fate of his universe forever.