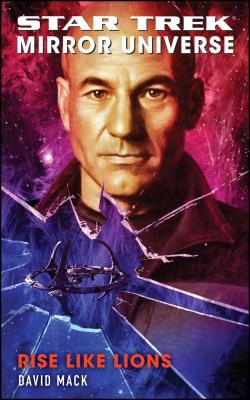 Miles “Smiley” O’Brien struggles to hold together his weary band of freedom fighters in their war against the overwhelming might of the Klingon-Cardassian Alliance. Each day pushes the rebels on Terok Nor one step closer to defeat, but with nowhere left to run, the time has come to make their last stand.

Light-years away, Mac Calhoun and his Romulan allies harass Klingon forces with devious hit-and-run attacks. But Calhoun has a grander ambition: he intends to merge his fleet with the Terran Rebellion and lead it to victory—or die trying.

Meanwhile, a bitter feud threatens to shatter the Alliance from within. The old rivalry between the Klingons and the Cardassians erupts into open warfare as each vies for the upper hand in their partnership.

Manipulating events from its hidden redoubts, Memory Omega—the secret operation initiated by Spock a century earlier—sees its plans come to fruition sooner than expected. But striking early means risking everything—and if the revolution fails, Spock’s vision for the future will be lost forever.