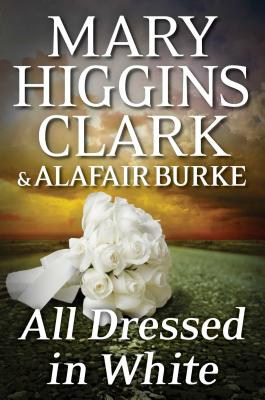 All Dressed in White (Hardcover)

The second thrilling novel in the New York Times bestselling Under Suspicion series following The Cinderella Murder, featuring intrepid television producer Laurie Moran as she investigates the case of a missing bride.

Five years ago Amanda Pierce was excitedly preparing to marry her college sweetheart in a lavish ceremony at The Grand Victoria Hotel in Palm Beach. Then, with their guests and families on site, Amanda disappeared.

In present-day New York City, Laurie Moran realizes a missing bride is the perfect cold case for her investigative television series, Under Suspicion. She and her team set out to recreate the night of the disappearance at the Florida resort with Amanda’s friends and family in attendance, hoping to shed new light on the mystery as the series has done in past episodes. With a jealous sister, playboy groomsmen, Amanda’s former fiancé now married to a bridesmaid, and rumors about the “beloved” bride herself, Laurie and Under Suspicion host Alex Buckley quickly realize everyone has a theory about why Amanda vanished into thin air.

One thing is certain: whoever was behind Amanda’s disappearance plans to keep the truth hidden “until death do they part…”

The bestselling Under Suspicion series from Mary Higgins Clark and Alafair Burke offers “plenty of intrigue and excitement” (Publishers Weekly, on The Cinderella Murder). Featuring the chilling suspense and elegant settings readers have come to love, All Dressed in White is not to be missed.

Alafair Burke is the Edgar-nominated, New York Times bestselling author of twelve novels, including The Wife, The Ex, If You Were Here, Long Gone, and the Ellie Hatcher series. A former prosecutor, she is now a professor of criminal law and lives in Manhattan.

Praise For All Dressed in White: An Under Suspicion Novel…

Praise for All Dressed in White

“An explosive mix of family drama, secrets, rivalry, money and deception….A dandy whodunit with numerous plausible suspects, skillful misdirection, an exotic setting and smooth prose, it combines Clark’s skill at plotting romantic suspense with Burke’s edgier take on the genre. For those who enjoy escaping into a fine mystery, it’s the perfect hot read for chilly nights.”
—Richmond Times Dispatch


Praise for The Cinderella Murder

"Fans of MWA Grand Master Clark will find plenty of intrigue and excitement in this contemporary thriller...Clark keeps readers guessing and in suspense."
—Publishers Weekly

"The snappy pace, layered characters, and many plot surprises will keep readers guessing in this fascinating mystery by two talented writers."
—Booklist

"This serendipitous series launch, or continuation, will satisfy Clark's legion of fans and may well win her some new ones."
—Kirkus Reviews
or
Not Currently Available for Direct Purchase
Copyright © 2020 American Booksellers Association