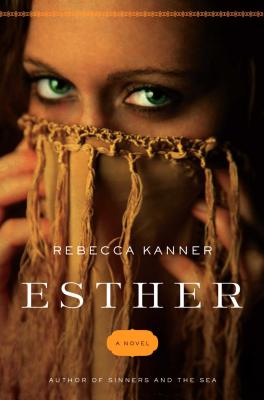 From the award-winning author of Sinners and the Sea comes a breathtaking new look into the timeless tale of Queen Esther.

A glittering Persian king has a vast empire that reaches farther than where the sun meets the horizon. He is bathed in riches and commands a frightening military force. He possesses power beyond any other mortal man and rules his kingdom as a god. Anything he desires, he has. Any woman he wants, he possesses. Thousands of them. Young virgins from all across his many lands.

A Jewish girl is ripped from her hut by the king’s brutish warriors and forced to march across blistering, scorched earth to the capitol city. Trapped for months in the splendid cage of the king’s palace, she must avoid the ire of the king’s concubines and eunuchs all while preparing for her one night with the king. Soon the fated night arrives, and she does everything in her power to captivate the king and become his queen.

But wearing the crown brings with it a new set of dangers. When a ruthless man plies the king’s ear with whispers of genocide, it is up to the young queen to prevent the extermination of the Jews. She must find the strength within to violate the king’s law, risk her life, and save her people.

This is a story of finding hidden depths of courage within one’s self. Of risking it all to stand up for what is right.

This is the story of Queen Esther.

Rebecca Kanner’s writing has won an Associated Writing Programs Award and a Loft Mentorship Award. Her stories have been published in numerous journals, including The Kenyon Review and The Cincinnati Review. She is a freelance writer and teaches writing at The Loft in Minneapolis.

Praise For Esther: A Novel…

"The book of Esther comes to life in this vivid novel based on the Old Testament tale....Kanner's descriptions are convincing and rich."
— Kirkus Reviews

"The brutality of Esther’s experience makes her bravery that much more impressive, while her understandable struggle with fear makes her believable."
— RT Book Reviews

"Fans of biblical fiction will love this fresh retelling. Kanner’s characters crackle to life as Esther’s tale is related in glorious detail. Razor-sharp dialog set against the backdrop of a court rife with treachery and political intrigue keep the pages turning."
— Library Journal

"Skillful, empathetic characterizations; elegant writing, and seamless, edge-of-the-seat plotting make Esther a novel you won’t want to put down, and that you’ll wish would never end.”
— Sherry Jones, author of The Jewel of Medina and The Sharp Hook of Love

“In her compelling novel of this well-known biblical heroine, Rebecca Kanner reveals the story of Esther as it’s never been told. With evocative prose and vivid historical detail, Kanner’s riveting story brings to life an imperfect, conflicted woman gifted with both beauty and intelligence. With strength and courage, Esther navigates the dangers of Xerxes court and her own desires to become the heroine of her story and save a nation.”
— Stephanie Landsem, author of The Tomb

“Like a shimmering mirage, the peasant girl Hadassah rises from humble roots to become the beguiling Queen Esther. Let this tale of exotic lands and palace intrigues weave its spell on you. You will be rattled, enthralled, and ultimately won over as Rebecca Kanner brings another woman of the Bible to radiant life.”
— Duncan W. Alderson, author of the Harper’s Bazaar must-read Magnolia City

"Kanner has done it again. A beautiful story spun with the gilt and grit of historical detail and biblical tradition. Esther the way it really could have happened, a riveting tale of courage."
— Tosca Lee, New York Times bestselling author
or
Not Currently Available for Direct Purchase
Copyright © 2020 American Booksellers Association