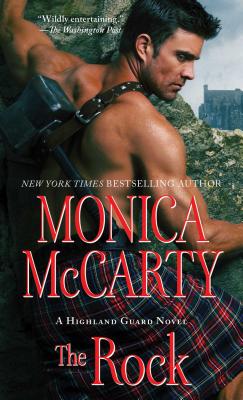 The first time he caught sight of Elizabeth Douglas, Thomas MacGowan thought she was a princess. To the son of the castle blacksmith, the daughter of the powerful Lord of Douglas might as well be. When it becomes clear that his childhood companion will never see him as a man she could love, Thom joins Edward Bruce’s army as a man-at-arms to try to change his lot. If he’s harbored a secret hope that he could close the gap between them, he faces the cold, hard truth when Elizabeth comes to him for help. She might need the boy who used to climb cliffs to rescue her brother from the hands of the English, but she would never see the son of a smith as a man worthy of her hand.

Monica McCarty is the bestselling author of the Highland Guard series, the MacLeods of Skye trilogy, and the Campbell trilogy. Her interest in the Scottish clan system began in the most unlikely of places: a comparative legal history course at Stanford Law School. After realizing that her career as a lawyer and her husband’s transitory life as a professional baseball player were not exactly a match made in heaven, she traded in her legal briefs for Scottish historical romances with sexy alpha heroes. Monica McCarty lives in the San Francisco Bay Area with her husband and their two children.
Loading...
or support indie stores by buying on