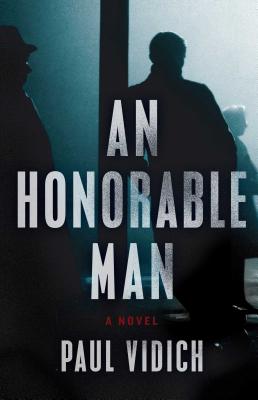 “This looks like the launch of a great career in spy fiction.” —Booklist (starred review)

“Cold War spy fiction in the grand tradition—neatly plotted betrayals in that shadow world where no one can be trusted and agents are haunted by their own moral compromises.” —Joseph Kanon, New York Times bestselling author of Istanbul Passage and The Good German

Washington D.C., 1953. The Cold War is heating up: McCarthyism, with all its fear and demagoguery, is raging in the nation’s capital, and Joseph Stalin’s death has left a dangerous power vacuum in the Soviet Union.

The CIA, meanwhile, is reeling from a double agent within their midst. Someone is selling secrets to the Soviets, compromising missions around the globe. Undercover agents have been assassinated, and anti-Communist plots are being cut short in ruthlessly efficient fashion. The CIA director knows any news of the traitor, whose code name is Protocol, would be a national embarrassment and compromise the entire agency.

George Mueller seems to be the perfect man to help find the mole: Yale-educated; extensive experience running missions in Eastern Europe; an operative so dedicated to his job that it left his marriage in tatters. The Director trusts him. Mueller, though, has secrets of his own, and as he digs deeper into the case, making contact with a Soviet agent, suspicion begins to fall on him as well. Until Protocol is found, no one can be trusted, and everyone is at risk.

Praise For An Honorable Man: A Novel…

“This dark and twisty story kept me biting my nails while glued to every page. I literally couldn't put it down . . . If you like a good spy novel, then I'm recommending this one.”
— Popcorn Reads

“An Honorable Man is a chilling tale of espionage set in 1950s Washington, D.C.”
— CBSLocal.com

"An old school spy novel in the best sense . . . . There are moments in An Honorable Man, much like in John le Carré's Tinker Tailor Soldier Spy, that make you feel like you're intimately eavesdropping on people's lives. At times, I half expected Mueller to leap out of the page, lead me out the door, and double bolt the lock."
— Writer's Bone

"Atmospheric, moving and enigma-laden, this is spy writing at its very best."
— Maxim Jakubowski, LoveReading

"One of the more impressive espionage debuts in some time, a book that earns its place in the Le Carré tradition."
— Literary Hub