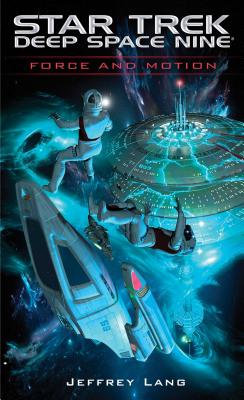 A thrilling original novel set in the universe of Star Trek: The Next Generation / Deep Space Nine!

In 2367, Captain Benjamin Maxwell of the starship Phoenix ordered the destruction of a Cardassian warship and a supply vessel, killing more than six hundred crew members. Maxwell believed that the Cardassians were arming for a new attack on the Federation, and though history eventually proved he was probably correct, the Federation had no choice but to court martial and incarcerate him.

Almost twenty years have passed, and now Maxwell is a free man, working as a maintenance engineer on the private science station Robert Hooke, home to crackpots, fringe researchers, and, possibly, something much darker and deadlier. Maxwell’s former crewmate, Chief Miles O’Brien, and O’Brien’s colleague, Lieutenant Commander Nog, have come for a visit. Unfortunately, history has proven that whenever O’Brien and Nog leave Deep Space 9 together, unpredictable forces are set into motion…

Jeffrey Lang has authored or coauthored several Star Trek novels and short stories, including Immortal Coil, Section 31: Abyss, The Left Hand of Destiny, “Foundlings” (in the anthology Prophecy and Change), and “Mirror Eyes” (with Heather Jarman, in the anthology Tales of the Dominion War). He lives in Bala Cynwyd, Pennsylvania, with his partner Helen, his son Andrew, an irascible cat named Samuel and a fearful hamster named Scritchy.
or support indie stores by buying on
Copyright © 2020 American Booksellers Association