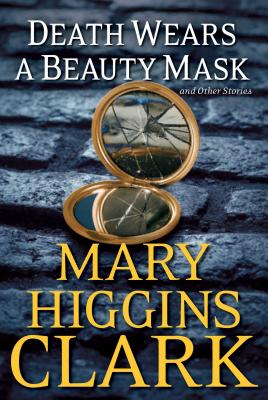 Death Wears a Beauty Mask and Other Stories (Hardcover)

A collection of short stories from the #1 New York Times bestselling “Queen of Suspense” Mary Higgins Clark, including the never-before-published novella Death Wears a Beauty Mask.

From Clark’s first-ever published story (1956’s “Stowaway”), to classic tales featuring Alvirah and Willy, My Gal Sunday and many more, Death Wears a Beauty Mask and Other Stories gives readers the chance to revisit the short story highlights from the “Queen of Suspense.” The jewel of this collection is the novella showcasing the dazzling and dangerous world of high fashion in 1970s New York City: Death Wears a Beauty Mask, which Mary began in 1974 and put aside to write Where Are the Children, the book that launched her career. Mary returned to Death Wears a Beauty Mask nearly forty years later and the result is spectacular.

Featuring the same chills and heart-pounding drama we’ve come to expect from a Mary Higgins Clark title, and including an exclusive author’s introduction, Death Wears a Beauty Mask and Other Stories is a spine-tingling read and glimpse into the evolution of the remarkable career of the “Queen of Suspense.”

Praise For Death Wears a Beauty Mask and Other Stories…

“A gem…a tale with all of Clark’s trademarks: multiple twists, rising tension and a true whodunit. It’s a story to savor, as are the remaining pieces – all previously published – in the collection…There’s something about Mary, and that something is her unfailing ability to grip her legion of readers. And those fans are in for a triple treat as her anniversary year proceeds.”
—Richmond Times-Dispatch

"Fans of MWA Grand Master Clark will find plenty of intrigue and excitement in this contemporary thriller...Clark keeps readers guessing and in suspense."
—Publishers Weekly

"The snappy pace, layered characters, and many plot surprises will keep readers guessing in this fascinating mystery by two talented writers."
—Booklist

"This serendipitous series launch, or continuation, will satisfy Clark's legion of fans and may well win her some new ones."
—Kirkus Reviews
or
Not Currently Available for Direct Purchase
Copyright © 2020 American Booksellers Association