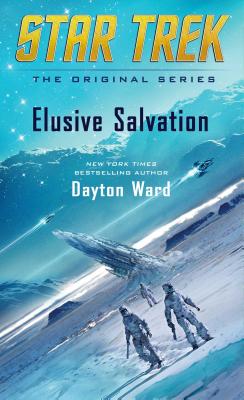 The Arctic Circle, 1845: Escaping the tyranny under which their people have lived for generations, aliens from a distant planet crash land on Earth’s inhospitable frozen wastes. Surviving the harsh conditions will pose a challenge, but over time the aliens will migrate to more populated areas, with decades passing as they work to conceal their presence from their former oppressors, who continue to hunt them at any cost.

San Francisco, 2283: When a mysterious craft is detected entering the solar system, Admiral James Kirk is dispatched by Starfleet to confront the vessel. He meets with an emissary from the Iramahl, a previously unknown alien race who have come in search of their brothers and sisters thought to have gone missing in this area of space centuries earlier. Having recently thrown off the last chains of subjugation by another species, the Ptaen, they now believe their lost people hold the key to saving their entire race from eventual extinction.

New York, 1970: Roberta Lincoln, young protégé of the mysterious agent Gary Seven, is shocked when she receives the oddest request for help—from the future…

Dayton Ward is the New York Times bestselling author or coauthor of nearly forty novels and novellas, often working with his best friend, Kevin Dilmore. His short fiction has appeared in more than twenty anthologies, and he’s written for magazines such as NCO Journal, Kansas City Voices, Famous Monsters of Filmland, Star Trek, and Star Trek Communicator, as well as the websites Tor.com, StarTrek.com, and Syfy.com. A native of Tampa, Florida, he currently lives in Kansas City, Missouri with his wife and two daughters. Visit him on the web at DaytonWard.com.
Loading...
or
Not Currently Available for Direct Purchase