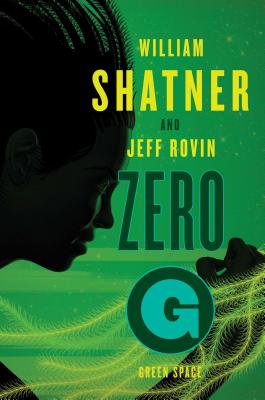 In the second installment of William Shatner’s Zero-G series, Director Samuel Lord must identify a mole sabotaging the top-secret NASA project aboard the US space station Empyrean, while also fighting a fast-replicating virus that threatens humanity.

In the year 2050, the United States sends the FBI to govern its space station, The Empyrean. Under the command of suave, eighty-year-old director Samuel Lord, the “Zero-G” men are in charge of investigating terrorism, crime, corruption, and espionage, keeping an eye on the rival Chinese and Russian stations as well.

Lord and his team are assisting NASA in conducting a top-secret project in the agricultural center of the Empyrean. Using microscopic robots called nanites, they plan to construct a vine that can survive in space. The vine will grow structural material for an elevator that will reach from the Empyrean to Earth. Unfortunately, a Russian spy inadvertently causes the growth to rage out of control, not only threatening the Empyrean, but the Russian space station Red Giant.

Under the guidance of Director Samuel Lord, Zero-G must not only identify the spy, but help find a way to stop the fast-replicating vine…and a form of “space zombie” birthed by the nanites. The surprising solution takes Lord and a Russian pilot on a dangerous mission to Venus—where a shocking discovery awaits.

Jeff Rovin is the author of more than one-hundred books, fiction and nonfiction, both under his own name, under various pseudonyms, or as a ghostwriter, including numerous New York Times bestsellers. He has written over a dozen Op-Center novels for the late Tom Clancy. Rovin has also written for television and has had numerous celebrity interviews published in magazines under his byline. He is a member of the Author’s Guild, the Science Fiction Writers of America, and the Horror Writers of America, among others.
or
Not Currently Available for Direct Purchase
Copyright © 2020 American Booksellers Association