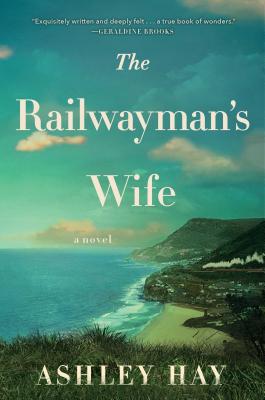 For fans of The Light Between Oceans, this “exquisitely written, true book of wonders” (Geraldine Brooks, Pulitzer Prize-winning author) explores the aftermath of World War II in an Australian seaside town, and the mysterious poem that changes the lives of those who encounter it.

In 1948, in a town overlooking the vast, blue ocean, Anikka Lachlan has all she ever wanted—until a random act transforms her into another postwar widow, destined to raise her daughter on her own. Awash in grief, she looks for answers in the pages of her favorite books and tries to learn the most difficult lesson of all: how to go on living.

A local poet, Roy McKinnon, experiences a different type of loss. How could his most powerful work come out of the brutal chaos of war, and why is he now struggling to regain his words and his purpose in peacetime? His childhood friend Dr. Frank Draper also seeks to reclaim his pre-war life but is haunted by his failure to help those who needed him most—the survivors of the Nazi concentration camps.

Then one day, on the mantle of her sitting room, Ani finds a poem. She knows neither where it came from, nor who its author is. But she has her suspicions. An unexpected and poignant love triangle emerges, between Ani, the poem, and the poet—whoever he may be.

Written in clear, shining prose, The Railwayman’s Wife explores the power of beginnings and endings—and how difficult it can be to tell them apart. It is an exploration of life, loss, tragedy, and joy, of connection and separation, longing and acceptance, and an unadulterated celebration of love that “will have you feeling every emotion at once” (Bustle).

Ashley Hay is the internationally acclaimed author of the novels A Hundred Small Lessons, The Body in the Clouds, and The Railwayman’s Wife, which was honored with the Colin Roderick Award by the Foundation for Australian Literary Studies and longlisted for the Miles Franklin Literary Award, the most prestigious literary prize in Australia, among numerous other accolades. She has also written four nonfiction books. She lives in Brisbane, Australia.

Praise For The Railwayman's Wife: A Novel…

“Exquisitely written and deeply felt, The Railwayman's Wife is limpid and deep as the rock pools on the coastline beloved by this book’s characters and just as teeming with vibrant life. Ashley Hay’s novel of love and pain is a true book of wonders.”
— Geraldine Brooks, Pulitzer Prize-winning author of The Secret Chord

“The Railwayman’s Wife is a fine evocation of place and time - a vivid love letter to a particular corner of post-war Australia. Ashley Hay writes with subtle insight about grief and loss and the heart's voyage through and beyond them. It's a lovely, absorbing, and uplifting read.”
— M.L. Stedman, author of The Light Between Oceans

“The Railwayman's Wife is a beautifully attentive study of what comes after - after a funeral, after a war - and Ashley Hay is a wise and gracious guide through this fascinating territory. This is a book in which grief and love are so entwined they make a new and wonderful kind of sense.”
— Fiona McFarlane, author of The Night Guest

“Hay’s poetic gifts are evident in her descriptions of the wild coastal landscape and Roy’s measured verse. This poignant, elegant novel delves into the depth of tragedy, the shaky ground of recovery, and the bittersweet memories of lost love.”

“Multilayered, graceful, couched in poetry, supremely honest, gentle yet jarring, Hay's thought-provoking novel pulls you along slowly, like a deep river that is deceptively calm but full of hidden rapids. Much to ponder.”

“Significant moments are described with astoundingly solid writing, and the coastal setting is beautifully depicted. Previously released to critical acclaim in Australia in 2013 and a 2014 winner of the Colin Roderick Prize in the UK, this second novel from Hay is the kind of slow, ruminative, evocative story that will appeal to devotees of literary fiction.”

“After wow-ing European audiences, this book is coming stateside to dazzle you…Beautifully written, and featuring some excellent passages about writing and reading itself, this book will have you feeling every emotion at once.”

“Hay has lovingly crafted a poignant, character-driven novel filled with heartache and hope, which is transferred to the reader through lyrical prose, poetic dialogue and stunning imagery.”

“A literary and literate gem of a book that leaves you with a set of emotions that I suspect last for a long, long time.”

“Hay handles the delicate progress of Ani's return to the world with sympathy and toughness; she is an author in whom intellectual scope and empathetic imagination are not separate activities but two sides of the same coin…. recalls the sour-sweet best of Michael Ondaatje's fiction. Another author, Ford Madox Ford, began his The Good Soldier by claiming, 'This is the saddest story.' It isn't. That title rightly belongs to The Railwayman's Wife."

“in this poignant rumination on life, death, memory, dreaming and the anxious spaces in between, it's hard to find fault with a single one of Hay's words, which speak to and provoke our deepest desires for literature to transform and heal us.”

“This thoughtful, elegant portrait of lives turned inside out and finding the way forward from despair is sure to find a place in the hearts of its audience.”

“The Railwayman’s Wife uses beautiful prose and empathetic characters to tell a story of both hope and heartache.”

"This story is a study in emotion: grief, hope, love, redemption, and yearning. The prose is so elegant that it seems to glide.”

"Hay delicately threads together the lives of a widowed librarian, an unproductive poet, and a guilt-ridden doctor as they grapple with life after loss in post-World War II Thirroul, a small seaside village in New South Wales, Australia."

"[Hay's] prose style is simple yet vivid, and her insights on bereavement and moving forward are wise. Perhaps most impressive is her portrayal of the human predicament, the notion that one's heartfelt hopes are sometimes crushed against the rocks of reality."

“This novel has characters that become real to readers; you understand their grief, and the challenges they face. The Railwayman’s Wife is a story of endings and of beginnings.”
or
Not Currently Available for Direct Purchase
Copyright © 2020 American Booksellers Association