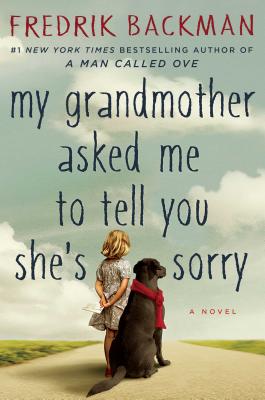 A charming, warmhearted novel from the author of the New York Times bestseller A Man Called Ove

“Full of heart, hope, forgiveness, and the embracing of differences, Elsa’s story is one that sticks with you long after you’ve turned the last page.”—Library Journal

"Bring tissues when you start “My Grandmother Asked Me to Tell You She’s Sorry,” but bring your funnybone, too. It’s that kind of book – one that, if you miss it, you’ll never forgive yourself."

"An eclectic cast of characters, fairy-tale wisdom, and a little mystery… one of our favorite novels of the year so far."
— SFGate.com

"What I admire in Backman’s stories is his honesty and perspective about grief and losing those we love the most. I would recommend this book to Neil Gaiman fans, as the storytelling is fantastic and heartwarming.”
— Sun-Gazette

Praise for A MAN CALLED OVE: