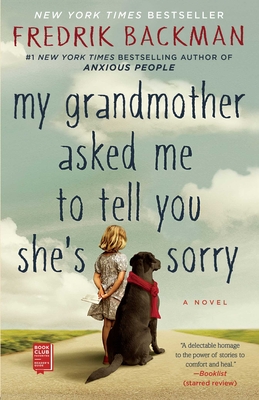 A charming, warmhearted novel from the author of the New York Times bestseller A Man Called Ove.

"Bring tissues when you start My Grandmother Asked Me to Tell You She’s Sorry, but bring your funnybone, too. It’s that kind of book – one that, if you miss it, you’ll never forgive yourself."
— Business Insider

“I can't remember the last time that I read a book where I alternately cried and laughed, and sometimes both at the same time.”
— Shelf Awareness