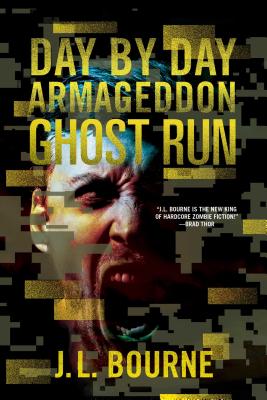 In a desperate bid to survive as hordes of bloodthirsty undead now dominate the ravaged U.S. population, a Navy commander discovers an incredible secret about the pandemic in this fourth novel in the acclaimed Day by Day Armageddon series.

Task Force Phoenix may be humanity’s final hope, and the narrator's agonizing decisions could mean living one more day—or surrendering to the eternal hell that exists between life and death.

Ghost Run is a suspenseful, gripping, and intelligent thriller that will terrify die-hard horror fans and reinforce J.L. Bourne’s reputation as “the new king of hardcore zombie action” (Brad Thor, author of Act of War).