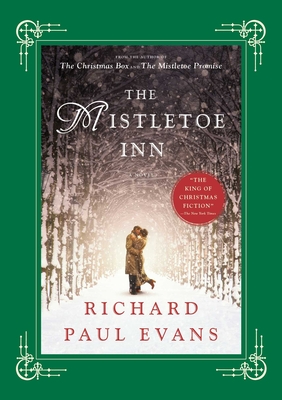 At thirty-two Kimberly Rossi, a finance officer at a Lexus car dealership, has had her heart broken more times than she wants to remember. With two failed engagements, a divorce and again alone with no prospects, she hardly seems the type to dream of being a published romance author. Dreading another holiday alone, she signs up for The Mistletoe Retreat, a nine-day writing retreat in Burlington, VT. Deep inside Kimberly knows she’s at a junction in her life and it’s time to either fulfill her dream or let it go. The other reason she decides to attend the conference is because famed romance writer, H.T. Cowell, once the best selling romance writer in America, and the author whose books instilled in her the desire to be a writer, will be speaking in public for the first time in more than a decade.

In one of her breakout sessions Kimberly meets another aspiring writer, and one of the few men at the conference, Zeke, an intelligent man with a wry wit who seems as interested in Kimberly as he is in the retreat. As Kimberly begins to open up to him about her stories and dreams, she inadvertently reveals her own troubled past. As Zeke helps her to discover why her books fail to live up to their potential she begins to wonder if he’s really talking more about her life than her literature. But as she grows closer to him, she realizes that Zeke has his own darkness, a past he’s unwilling to talk about.

The theme of The Mistletoe Inn is that like literature, relationships must be lived with passion and vulnerability to succeed.

“If you’re the kind of reader who is already humming Christmas carols, this book is for you. Richard Paul Evans is known for his Christmas tales, and this read is sure to warm you even on the coldest winter nights.”
— Bookish.com

“Very sweet but juicy romance…perfect escapism fun. And if that’s what you want, then The Mistletoe Inn will give you a very merry kiss-mas.’”
— Richmond Times-Dispatch

“What better than a holiday themed book for Christmas? The Mistletoe Inn: A Novel is a must-read for any hopeless romantic, especially during the holidays!”
— PopSugar