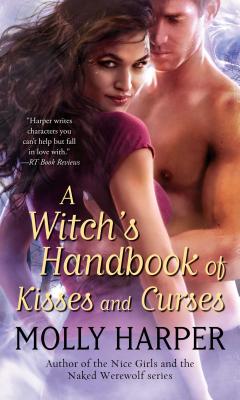 A lighthearted paranormal romance featuring a witch who finds love on a magical quest—set in Half Moon Hollow, the “terrific vamp camp” (Publishers Weekly) first introduced in the Nice Girls series.

Nola Leary would have been content to stay in Kilcairy, Ireland, healing villagers at her family’s clinic with a mix of magic and modern medicine. But a series of ill-timed omens and a deathbed promise to her grandmother have sent her on a quest to Half-Moon Hollow, Kentucky, to secure her family’s magical potency for the next generation. Her supernatural task? To unearth four artifacts hidden by her grandfather before a rival magical family beats her to it.

Complication One: The artifacts are lost somewhere in vampire Jane Jameson’s occult bookshop. Complication Two: Her new neighbor Jed Trudeau keeps turning up half-naked at the strangest times, a distraction Nola doesn’t need. And teaming up with a real-life Adonis is as dangerous as it sounds, especially since Jed’s got the face of an angel and the abs of a washboard. Can Nola complete her mission before falling completely under his spell?