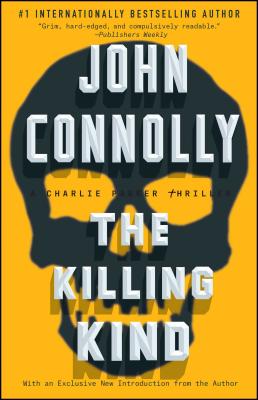 John Connolly takes battered ex-cop Charlie Parker on his third outing after Every Dead Thing and Dark Hollow. Still struggling with the horrific ghosts of his past, Parker is now a disillusioned private eye hired to investigate the circumstances surrounding the death of Grace Peltier—which neither her father nor a former US Senator believe was suicide. The trail leads to a mass grave in northern Maine where a Baptist community disappeared forty years earlier. The deaths of the Baptists and Grace are connected and point in the direction of a shadowy organization known as the Fellowship. With the assistance of some idiosyncratic and murderous acolytes, Parker soon confronts the Fellowship's demonic leader and finds himself caught in a situation more gruesome than even he could ever have imagined.

Praise For The Killing Kind: A Charlie Parker Thriller…

"The Killing Kind unfolds with the force and logic of a nightmare." -- Washington Post

"One of the best thriller writers we have." -- Harlan Coben

The Express (London) A master storyteller.

Toronto Sun [Connolly is] one of the best in the genre.