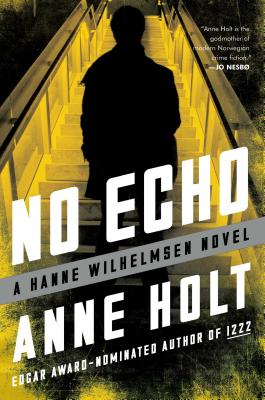 When one of Oslo’s hottest celebrity chefs is murdered, Hanne Wilhelmsen is called back into action in the sixth installment of the award-winning series from Norway’s #1 bestselling female crime writer.

On a cold December evening, celebrity chef Brede Ziegler is discovered stabbed to death on the steps of Oslo’s police headquarters, sending a shock wave through the city’s hip in-crowd. Chef Ziegler had many famous associates and more than a few enemies among them. Was his murder a random act of violence or did someone want him dead? Police investigator Billy T. is stymied by conflicting information about the kind of man Ziegler was. It seems nobody really knew him: not his glamorous wife, his business partner, nor the editor of his memoir-in-progress. The case is hopeless until Hanne Wilhelmsen returns to Oslo after a six-month stay in Italy and teams up with Billy T. Working together, they are pulled deep into the nefarious world inhabited by Ziegler. Was he at all the chef he claimed to be? And can those who knew him be trusted?

Anne Holt is Norway’s bestselling female crime writer. She was a journalist and news anchor and spent two years working for the Oslo Police Department before founding her own law firm and serving as Norway’s Minister for Justice in 1996 and 1997. Her first novel was published in 1993 and her books have been translated into over thirty languages and have sold more than 7 million copies. Her novel 1222 was nominated for an Edgar Award for Best Novel. She lives in Oslo with her family.

Praise for No Echo:

“A nearly pitch-perfect procedural layered over a moving exploration of rejection and abandonment.”
—Booklist

Praise for the Hanne Wilhelmsen series:

"A good old-fashioned murder mystery. Wherever Hanne shows up next, my advice is to follow that wheelchair."
—Marilyn Stasio, The New York Times Book Review

“It must be spooky in Scandinavia, but Holt, Norway’s best-selling female crime writer and a former minister of justice, has a goofy streak that changes the tone of this beguiling book….I really loved this snowbound book.”
—Washington Post

"This is a series that demands to be read, and the more quickly, the better."
—Bookreporter

"Holt deftly marshals her perplexing narrative. . . by the sheer energy and vitality of her writing. As for the plot itself, it moves with the speed of the ill-fated train--but, unlike the train, Anne Holt's storytelling never comes off the rails."
—The Independent (UK)

"A well-wrought, claustrophobic mystery...best served by the blizzard, roaring in the background while Hanne parses the swirl of rumors and snow piles inexorably against the windows."
—Houston Chronicle

"Anne Holt is a thriller writer of the highest order."
—Liza Marklund, author of Red Wolf

"It's easy to see why Anne Holt, the former minister of justice in Norway and currently its bestselling female crime writer, is rapturously received in the rest of Europe."
—The Guardian (UK)

"A fine addition to a noteworthy series, spotlighting a politically sensitive case in the broader context of Norwegian society. A natural for Jo Nesbø readers."
—Booklist, starred review (on The Lion's Mouth)

"Holt uses her surprising plot to highlight the nature of power and the extent to which it can corrupt."
—Publishers Weekly (on The Lion's Mouth)

“Powerful . . . nuanced characters and a strong sense of place make for an immersive tale that packs an emotional punch and offers incisive commentary on the failings of the criminal justice system.”
—Publishers Weekly (on Dead Joker)
or
Buy Here
Copyright © 2020 American Booksellers Association