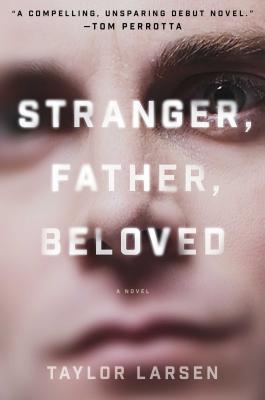 A Huffington Post “2017 Hottest Reads of The Summer” Pick

“Taylor Larsen creates a powerful and moving story about the fracturing of a family and its descent into chaos. A brilliant debut of self-delusion, and a perfectly flawed male character spiraling downward.” —Huffington Post

In the tradition of Tom Perrotta’s Little Children, a “mesmerizing, unsparing” (Karen Russell, author of Swamplandia!) debut novel about a wealthy man who has reached a crossroads after a lifetime of repression and denial, sending him—and his family—into a slow spiral towards a total breakdown.

When Michael sees his wife Nancy chatting with a stranger at a party, his intuition tells him that he’s watching her with the man she should have married. He quickly begins a campaign to replace himself within his own family with this other man—who, to him, is worthier, better, and kinder—all so his faithful wife Nancy, his beautiful teenage daughter Ryan, and his young son Max can live the lives they deserve.

While Michael pursues this man’s friendship, Ryan goes through a period of sexual awakening and rebellion and distances herself from her family, and the quiet, weak Nancy becomes increasingly befuddled and frustrated by the behaviors of her husband and daughter. As tension and uncertainty build in their home, the James family slowly unravels.

With the quiet intensity of the film American Beauty and the emotional sensitivity of Lorrie Moore, Taylor Larsen creates a powerful and moving story about the fracturing of a family and its descent into chaos.

"A mesmerizing, unsparing exploration of one man's descent, told in subtle, precise language that is reminiscent at times of Raymond Carver, Haruki Murakami, and Carson McCullers, but entirely Larsen's own creation; a wonderful debut."
— Karen Russell, Pulitzer Prize Finalist and author of SWAMPLANDIA! and VAMPIRES IN THE LEMON GROVE

"Stranger, Father, Beloved is a terrific debut—elegant and thoughtful, intelligent and haunting. Taylor Larsen had me thinking about her beautifully drawn characters—and their secrets—for days. A wonderful book."
— Molly Antopol, National Book Award Finalist for THE UNAMERICANS

"There is a timeless quality to Taylor Larsen’s bold and luminous debut novel. Her style is supple, musical and Flaubertian in its rigor. But Larsen is no throwback: her themes, acute perceptions, and devastating irony are supremely relevant to our time."
— Jaime Manrique, author of OUR LIVES ARE THE RIVERS and CERVANTES STREET

"Stranger, Father, Beloved is a compelling, unsparing debut novel about a family on the verge of a nervous breakdown. Taylor Larsen is a talented writer with an uncanny ability to tease out the secrets of her characters."


— Tom Perrotta, award-winning author of THE LEFTOVERS and LITTLE CHILDREN

“Larsen makes a noteworthy debut with a family drama that explores loyalty, lies, and well-being… Larsen captures every nuance with finesse, every emotion with grace. An emotionally intelligent family drama that examines the breaking point of a marriage.”
— Kirkus Reviews, starred review

“[A] haunting debut… if it sounds unsettling, it is—it could be one of the most realistic portraits of paranoia you’ve ever read.”
— The New York Post, "Summer Must Reads" feature

“This is an intimate and involving story by a promising new voice."
— Publishers Weekly

“Taylor Larsen creates a powerful and moving story about the fracturing of a family and its descent into chaos. A brilliant debut of self-delusion, and a perfectly flawed male character spiraling downward.”
— The Huffington Post

"With elegant and sparse prose... Stranger, Father, Beloved is an unflinching exploration of identity in 21st century America."
— The Brooklyn Rail

Taylor Larsen is a graduate of Columbia University's MFA program in fiction writing. Taylor taught fiction writing at Columbia University as part of the Columbia Artist/Teachers faculty and at The Sackett Street Writers Workshop, as well as literature courses for Pace University. Stranger, Father, Beloved is her first novel. Originally from Alexandria, Virginia, she currently resides in Brooklyn, New York with her husband.
Loading...
or
Not Currently Available for Direct Purchase