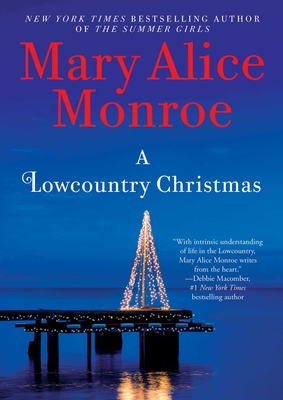 A wounded warrior and his younger brother discover the true meaning of Christmas in this timeless story of family bonds.

As far as ten-year-old Miller McClellan is concerned, it’s the worst Christmas ever. His father’s shrimp boat is docked, his mother is working two jobs, and with finances strained, Miller is told they can’t afford the dog he desperately wants. “Your brother’s return from war is our family’s gift,” his parents tell him. But when Taylor returns with PTSD, family strains darken the holidays.

Then Taylor’s service dog arrives—a large black Labrador/Great Dane named Thor. His brother even got the dog! When Miller goes out on Christmas Eve with his father’s axe, determined to get his family the tree they can't afford, he takes the dog for company—but accidentally winds up lost in the wild forest. The splintered family must come together to rediscover their strengths, family bond, and the true meaning of Christmas.

Praise For A Lowcountry Christmas…

“Mary Alice has woven a lovely and memorable tale about a veteran with PTSD and his service dog. You’ll be swept up into the moment and uplifted in beautiful ways.”


— Luis Carlos Montalván, New York Times Bestselling Author of Until Tuesday: A Wounded Warrior and the Golden Retriever Who Saved Him

“Mary Alice Monroe, you are deeply gifted.  You made A  Lowcountry Christmas informative.  You made it impactful. You made it safe to read. Taylor’s dance with suicide was a place not easily entered.  Miller seemed to pave the way for one to enter…  Your setting didn’t skirt the issue, nor did it set off  PTSD triggers.  You raised awareness.  Thank you for lifting the veil for all your readers.”

Mary Alice Monroe is the New York Times bestselling author of twenty-seven books, including the bestselling The Beach House series. Monroe also writes children’s picture books, and a new middle grade fiction series called The Islanders. She is a member of the South Carolina Academy of Authors’ Hall of Fame, and her books have received numerous awards, including the South Carolina Center for the Book Award for Writing; the South Carolina Award for Literary Excellence; the SW Florida Author of Distinction Award; the RT Lifetime Achievement Award; the International Book Award for Green Fiction; the Henry Bergh Children’s Book Award; and her novel, A Lowcountry Christmas, won the prestigious Southern Prize for Fiction. The Beach House is a Hallmark Hall of Fame movie, starring Andie MacDowell. Several of her novels have been optioned for film. She is the cocreator and cohost of the weekly web show and podcast Friends & Fiction. Monroe is also an active conservationist and serves on several boards. She lives on the South Carolina coast, which is a source of inspiration for many of her books.
Loading...
or
Not Currently Available for Direct Purchase