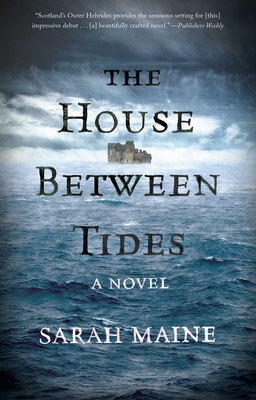 The House Between Tides

An atmospheric debut novel about a woman who discovers the century-old remains of a murder victim on her family’s Scottish estate, plunging her into an investigation of its mysterious former occupants.

Following the death of her last living relative, Hetty Deveraux leaves London and her strained relationship behind for Muirlan, her ancestral home in Scotland’s Outer Hebrides. She intends to renovate the ruinous house into a hotel, but the shocking discovery of human remains brings her ambitious restoration plans to an abrupt halt before they even begin. Few physical clues are left to identify the body, but one thing is certain: this person did not die a natural death.

Hungry for answers, Hetty discovers that Muirlan was once the refuge of her distant relative Theo Blake, the acclaimed painter and naturalist who brought his new bride, Beatrice, there in 1910. Yet ancient gossip and a handful of leads reveal that their marriage was far from perfect; Beatrice eventually vanished from the island, never to return, and Theo withdrew from society, his paintings becoming increasingly dark and disturbing.

What happened between them has remained a mystery, but as Hetty listens to the locals and studies the masterful paintings produced by Theo during his short-lived marriage, she uncovers secrets that still reverberate through the small island community—and will lead her to the identity of the long-hidden body.

Praise For The House Between Tides: A Novel…

Maine skillfully balances a Daphne du Maurier atmosphere with a Barbara Vine-like psychological mystery...The setting emerges as the strongest personality in this compelling story, evoking passion in the characters as fierce as the storms which always lurk on the horizon. A debut historical thriller which deftly blends classic suspense with modern themes."
— Kirkus Reviews

“Maine contrasts Hetty’s present-day consternation with the past story of Blake and his wife, delivering details at a perfectly suspenseful pace… the historic mystery will keep readers guessing right up until the end.”
— Booklist

“The stark setting proves to be the perfect backdrop for Maine's well-plotted debut. The novel weaves secrets from both past and present with a bit of a romance and the feel of the Outer Hebrides to build a mystery that is as eerie and complex as the house of Muirlan itself.”
— Shelf Awareness

“Reminiscent of the Gothics of the 1970s, THE HOUSE BETWEEN TIDES by Sarah Maine takes the reader on a stimulating stroll through two time periods, igniting the senses with a classic mysterious aura. The moodiness of the location easily placed my mind on holiday in the past while unraveling the mystery in the present.”
— Romance Junkies

"Evocative...Much is left up to the reader to interpret, which showcases the skill of this debut author. The novel is a haunting story of loss and longing in an unusual setting. Recommended."
— Historical Novels Review

“I really enjoyed the ambiance of the book… It felt like a great harmony between the environment and the mystery taking place. You could feel the mood of people in keeping with the landscape, the mood adapting to the elements... A very enjoyable atmospheric novel, spanning over a few generations, rich in landscape descriptions and suspense."
— Words and Peace

“The House Between Tides reminds me of books written by Phyllis Whitney, Victoria Holt or Mary Stewart in that they all have the same style of writing, moody, dark and atmospheric stories that involve romance and mystery where the male characters are often brooding and the women are bound to fall in love them in spite of their moodiness and mystery."
— Celtic Lady’s Reviews

Sarah Maine was born in England but grew up partly in Canada before returning to the United Kingdom, where she now lives. She is the author of The House Between Tides, Beyond the Wild River, and Women of the Dunes.
Loading...
or support indie stores by buying on