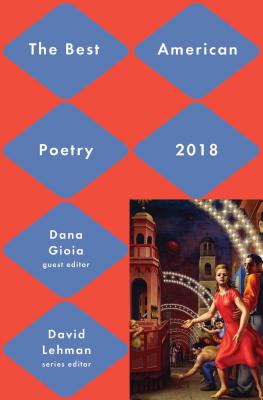 David Lehman, the series editor of The Best American Poetry, edited The Oxford Book of American Poetry. His eleven books of poetry include The Morning Line, Playlist, Poems in the Manner Of, New and Selected Poems, When a Woman Loves a Man, and The Daily Mirror. The most recent of his many nonfiction books is The Mysterious Romance of Murder: Crime, Detection, and the Spirit of Noir. He lives in New York City and Ithaca, New York.