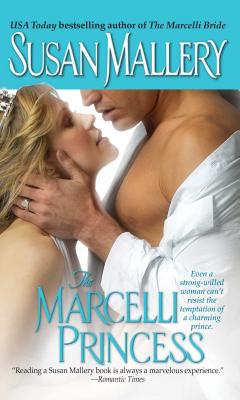 A smart, independent woman with a gorgeous four-year-old son, Mia Marcelli lost her one true love. Four years ago, while working undercover for the CIA, she watched Diego, the father of her unborn child, perish before her very eyes—crumbling the world around her. But one morning she awakens to find Diego lying next to her, alive and well with an unbelievable confession: he is really Rafael, Prince of Calandria, and he had been working covertly on the same mission when they met—his death had been staged. Utterly stunned, Mia is wary and delighted—she may have suffered a broken heart, but her breathtakingly handsome lover is back to reignite the passion that existed between them. Little does she know that Rafael has returned to give his newfound son a proper upbringing back in Calandria—even if it means seducing Mia into marriage. But when Rafael finds himself truly falling for this luscious beauty, he must decide between his royal duties and the woman who has claimed his heart.

#1 New York Times bestselling author Susan Mallery writes heartwarming and humorous novels about the relationships that define women’s lives—family, friendship, romance. She’s best known for putting nuanced characters into emotionally complex, real-life situations with twists that surprise readers to laughter. Because Susan is passionate about animal welfare, pets play a big role in her books. Beloved by millions of readers worldwide, her books have been translated into twenty-eight languages.
Loading...
or support indie stores by buying on