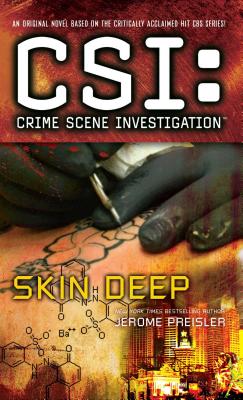 A retired judge has been found brutally murdered on the outskirts of Las Vegas, complete with a macabre yet masterfully intricate tattoo on his face . . . the third seemingly random victim of the mysterious kidnapper dubbed by law enforcement as the “Tattoo Man.” The judge wasn’t the first person to have been abducted, drugged, and permanently altered with tattoos and body modification . . . but he was the first to wind up dead.

At the same time, several other deceased are turning up all over Sin City with their body art mercilessly removed—and the timing would seem to suggest to those in authority that all of these crimes are somehow related. But Las Vegas’s top crime scene investigators—Catherine Willows, Ray Langston, Nick Stokes, Sara Sidle, and Greg Sanders—aren’t jumping to any conclusions, as they attempt to connect the dots by entering the secretive and tight-knit body art community—one that is intensely wary of outsiders. . . .

Jerome Preisler is the author of more than twenty books, including the New York Times bestselling Tom Clancy’s Power Plays series. His musings and reflections about baseball appear in “Deep in the Red,” a bi-weekly column that runs throughout baseball season on the New York Yankees YES Network Online. A native New Yorker, he divides his time between New York City and Maine.
Loading...
or support indie stores by buying on