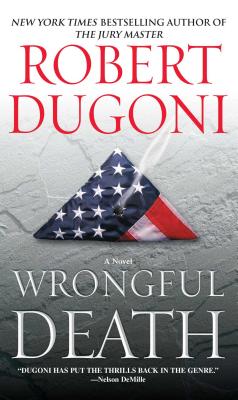 New York Times bestselling author Robert Dugoni tackles hot-button issues in this riveting legal thriller featuring attorney David Sloane. When a widow asks Sloane to take her case against the military, Sloane knows it's a lost cause but can't turn her down, even if it puts his own life--and the lives of his family--in dire jeopardy.

Just minutes after winning a $1.6 million wrongful-death verdict, attorney David Sloane confronts the one case that threatens to blemish his unbeaten record in the courtroom. Beverly Ford wants Sloane to sue the United States government and military in the mysterious death of her husband, James, a national guardsman killed in Iraq. While a decades-old military doctrine might make Ford's case impossible to win, Sloane, a former soldier himself, is compelled to find justice for the widow and her four children in what is certain to become the biggest challenge of his career.

With little hard evidence to go on, Sloane calls on his friend, reclusive former CIA agent turned private investigator Charles Jenkins, to track down the other men serving with Ford the night he died. Alarmingly, two of the four who returned home alive didn't stay that way for long, and though the mission's wheelchairbound commander now works for a civilian contractor, he refuses to talk. The final -- and youngest -- soldier is also the most elusive, but he's their only shot at discovering the truth -- if Sloane and Jenkins can keep him alive long enough to tell it.

Meanwhile, Sloane isn't the only one on a manhunt. As he propels his case into a federal courtroom, those seeking to hide the truth threaten Sloane's family, forcing his new wife Tina and stepson Jake into hiding, where they become the targets of a relentless killer. Now Sloane must race to uncover what really happened on that fatal mission, not only to bring justice to a family wronged but to keep himself and the people closest to him from becoming the next casualties....

Robert Dugoni has practiced as a civil litigator in San Francisco and Seattle for seventeen years. In 1999 he left his law practice to write full time. He graduated Phi Beta Kappa from Stanford University with a degree in journalism and worked as a reporter for the Los Angeles Times before obtaining his doctorate of jurisprudence from the University of California at Los Angeles School of Law. A two-time winner of the Pacific Northwest Writers Association Literary Contest, he lives with his wife and two children in the Pacific Northwest.
or support indie stores by buying on
Copyright © 2020 American Booksellers Association